admin
Monaco principaty :
Independent and sovereign state located at the foot of the Southern Alps and bordering the Mediterranean, the Principality of Monaco
shares its land borders with several French communes of the Alpes-Maritimes: La Turbie, Roquebrune-Cap-Martin, Cap d\'Ail and Beausoleil.

An international environment :
The population of the Principality has (according to the official census of 2009) 35,646 inhabitants, which include 7,634 Monegasques, 10,029 French, 6,596 Italians. More than 125 nationalities are represented. Monaco and all the neighboring municipalities represent a population of approximately 95,515 inhabitants.

Monaco - Monte Carlo: current general view The Rock of Monaco served as a refuge for primitive populations. Vestiges of this occupation were discovered in a cave in the gardens of Saint-Martin. The first sedentary inhabitants of the region, the Ligurians, are described as mountaineers accustomed to hard work and of exemplary frugality.

The coast and the port of Monaco were probably the maritime opening of an inland Ligurian people, the Oratelli of Peille.

The origin of the name \"Monaco\" is subject to several hypotheses. For some, the name comes from the Ligurian tribe of Monoikos who stayed on the Rock in the 6th century BC. For others, the origin comes from Greek. Throughout Antiquity, the port of Monaco was associated with the cult of the hero Heracles (Hercules for the Romans), but this name is very often associated in the expression \"Heracles Monoikos\", which means solitary Heracles. This version is confirmed by the name still in use of the main port: Port Hercule. 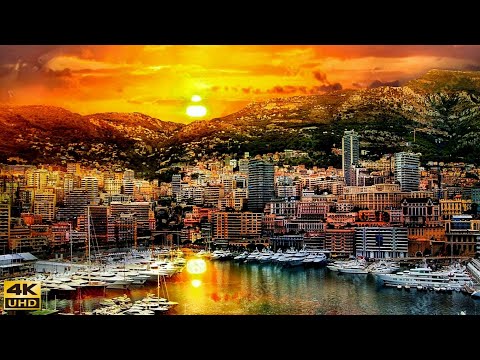 Monaco principaty :Independent and sovereign state located at the foot of the Southern Alps and bordering the Mediterranean, the Principality of Monac...